Ah Persephone, the beautiful goddess of Spring, with a smile as cheerful as the breeze,

smell of flowers and meadows and forest woods, voice like the song of the birds. Dear Persephone, no wonder why Hades adored you. You would be the finest, most needed addition to his dark, dim and gloomy underworld. The queen of The Underworld would be none the less but the exact opposite of what the underworld was created for, in the first place. She would be a queen that screams life, in a place full of dead, hopeless souls…Hades had quite a taste when it came to beauty and satire.

He had never left The Underworld but this time he had to…for a very important glorious reason…abduction. Yes, an abduction! Millenia have passed and people still connect love with violent acts of possessive behaviour.

It is an ABDUCTION not a declaration of LOVE for Zeus’s sake !!!

And hear this one out: how did Hades attract Persephone? By planting a flower in front of her. A FUCKING FLOWER…I started to lose respect on the spring goddess at this point. Anyway, long story short he took her and retreated to the Underworld. Here comes the fun part: he served her a very luscious dinner. Awww that’s romantic no? Well guess again! The living can’t eat food from the realm of the dead or else they can’t go back to the light. So yeah, basically it’s a trap disguised as a sweet gesture. This rang many bells didn’t it? Persephone ate a pomegranate and became officially trapped. A beautiful trapped bride .

After all of this emotional trauma, she learned to love her husband. Learned to love? How can you learn to love somebody? Is this the fancy way of describing the Stockholm’s Syndrome? Again, how can you LEARN to love somebody? Why don’t they teach that in school instead of these Greek myths (which I love very much but are so misleading to our youngsters). To hell with this, they don’t even learn us how to love ourselves. Doesn’t love come in waves?

At first it is a quick rush to the head, then a cold shower to the bone…Or am I being misleading too? Forgive me my dear for I have yet to LEARN how to love somebody. When the time comes I HOPE IT’S NOT A SCENARIO OF ABDUCTION for I’ll be writing to you again asking if it’s love or just a syndrome. It can’t be love, can it ? Well, after all they do say that love makes you sick. Sick in the brains… 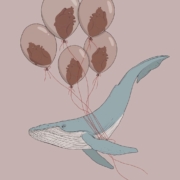 The one about Coldplay and glasses of water 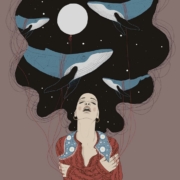 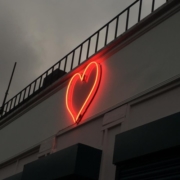 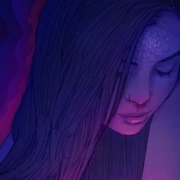 The one where you meet your mirror self 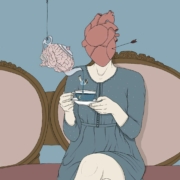 The one about sidewalks and crunched leaves

Want to join the discussion?
Feel free to contribute!

The one about the night and noises

The one about sidewalks and crunched leaves
Scroll to top